The site, on the southern slope of Tianshou Mountain, was chosen based on the principles of feng shui by the third Ming emperor, the Yongle Emperor. After the construction of the Imperial Palace (Forbidden City) in 1420, the Yongle Emperor selected his burial site and created his own mausoleum. The subsequent emperors placed their tombs in the same valley.

From the Yongle Emperor onwards, 13 Ming dynasty emperors were buried in the same area. Notice the little animals on the roof – for the emperor, 9 of them.

The third Ming emperor, the Yongle emperor, 14th C, whose statue sits in the hall of the tomb, with money being laid at his feet. In his tomb, had it been opened, should be found the emperor himself, his wife and his 16 concubines. It is said that when the concubines were to follow their master in his grave, they were treated to a giant feast, but most of them could not eat for crying so much. They knew their fate.

In fact only one single tomb of all thirteen Ming tombs has been excavated, and some of the treasures from the Dingling tomb were on display in the big hall at Shangling.

Some pieces made out of exquisite white jade were my favourites. As well as the beautiful Ginkos and the Mongolian Oak trees in the yard.

As the siting of the Ming dynasty imperial tombs was carefully chosen according to Feng Shui principles, people believed that bad spirits and evil winds descending from the North would be deflected. This 40 square kilometer area—enclosed by the mountains in a pristine, quiet valley full of dark earth, tranquil water and other necessities as per Feng Shui—would become the necropolis of the Ming dynasty.

A 7-kilometer road named the ”Spirit Way” leads into the complex, lined with giant statues of guardian animals and officials. Unfortunately we didn’t visit here this time, so the photo is from 2006. (Nice weather we had then…)

Back then, there was no tiny souvenir booth…but I quite like this little one, built in traditional style… 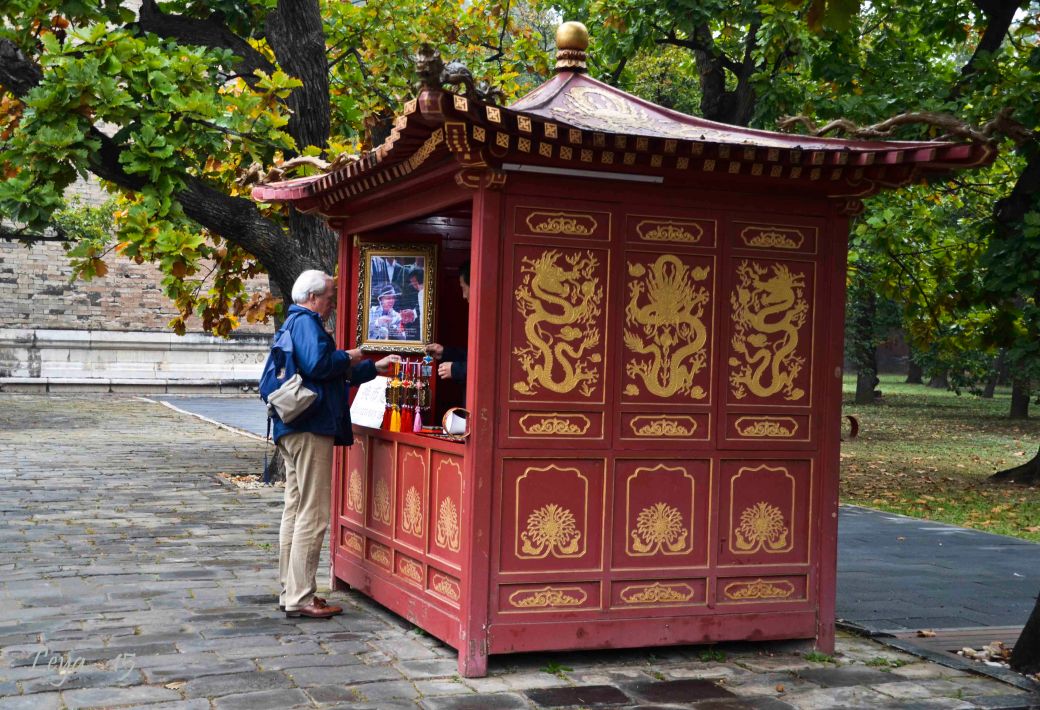 The Ming Tombs were listed as a UNESCO World Heritage Site in August 2003.