Vadstena Castle was originally built by King Gustav I in 1545 as a fortress to protect Stockholm from enemies approaching from the south. Indeed it looks massive and strong today as well.

By 1620, when the castle was completed, all the kings of the House of Vasa had contributed to its construction. Since 1620, the castle has been very well preserved, and is one of Sweden’s best examples of Renaissance architecture. 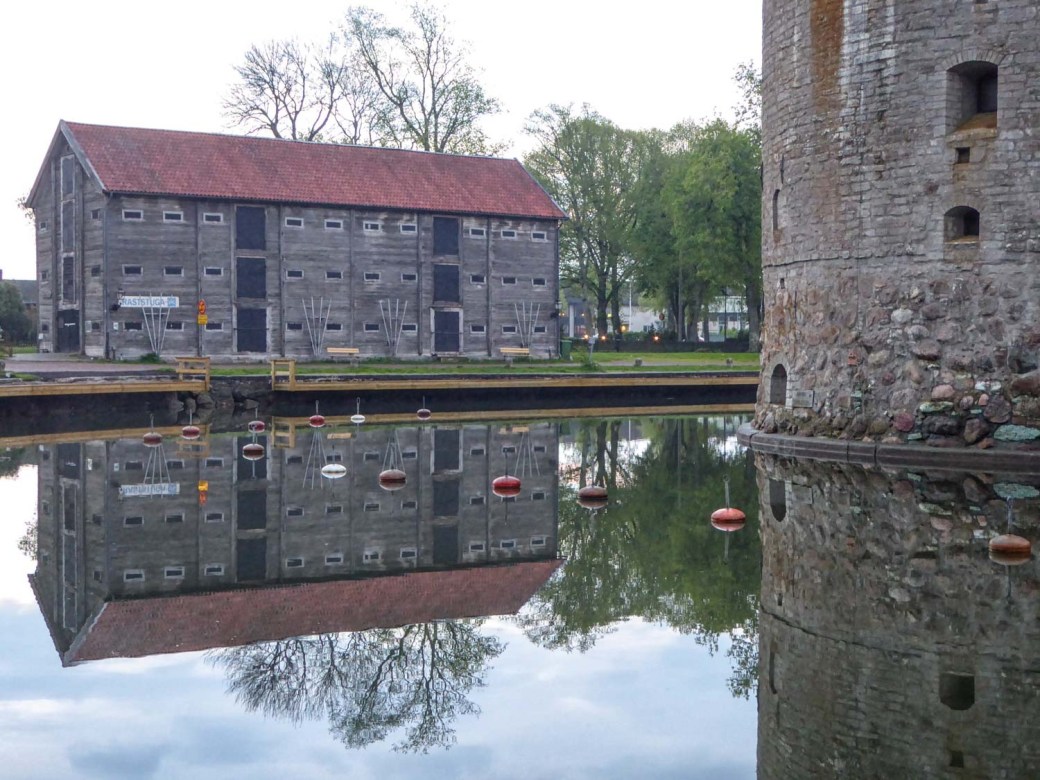 In the fog and greyness, it looks stern and almost hostile – but in the evening sun, I could almost imagine a Cinderella somewhere…

Vadstena Abbey, close by, was the motherhouse of the Bridgettine Order. The abbey started on one of the farms donated to it by the king, but the town of Vadstena grew up around it. It was active from 1346 until 1595, but there are still a handful of nuns here.

The castle on the left hand side and the abbey on the upper right hand (The red dot: Här är du!)

The Abbey is now turned into a hotel – and a beautiful one. The different houses decorated in different styles, and we stayed at ”The Castle Villa” in Jugend style.

We had breakfast under the old vaults,  and I had some difficulties in resisting the pots for sale. Swedish design inspired by China. 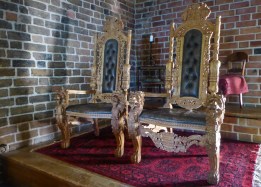 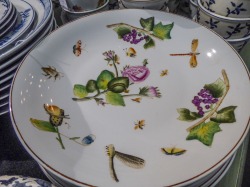 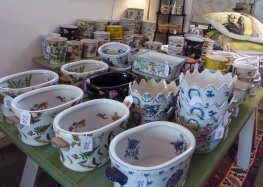