The symbol of the city, Sveta Sofia – Saint Sophia, stands on a 48 feet high pedestal at a big crossroads in the city centre of Sofia. The 24 feet, copper and bronze statue by the sculptor Georgi Chapkanov, was erected in 2000, and stands in a spot once occupied by a statue of Lenin, and before him, a statue of Apollon.

I think I prefer this handsome gentleman in traditional uniform…He kindly let me take a photo, and I was so pleased.

A walk with more of my impressions of the city – 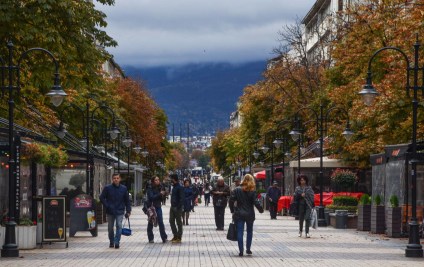 The theatre in an enchanting setting!

In the header – the gem of the city: The Alexandar Nevski Cathedral 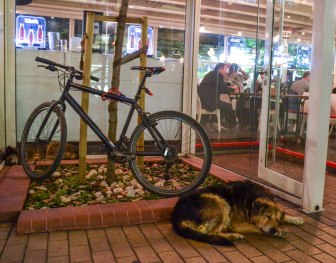 We met this old lady walking alone along Solunska Street at night. Later we found her – and a friend of hers – sleeping in the buzzle of restaurants and people

Buying an Icon – someone? 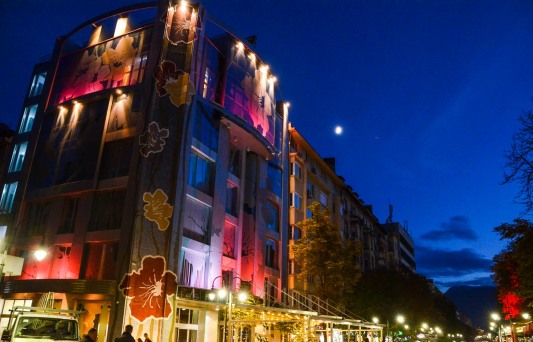 Of course I have to finish with a gorgeous tram…at least I think it is gorgeous. Not new, emerald green, squeaking and rattling along the street – no risk being run over!