Łódź is a tram city since 23 December 1898, and was the first city to have electrified trams in Poland. 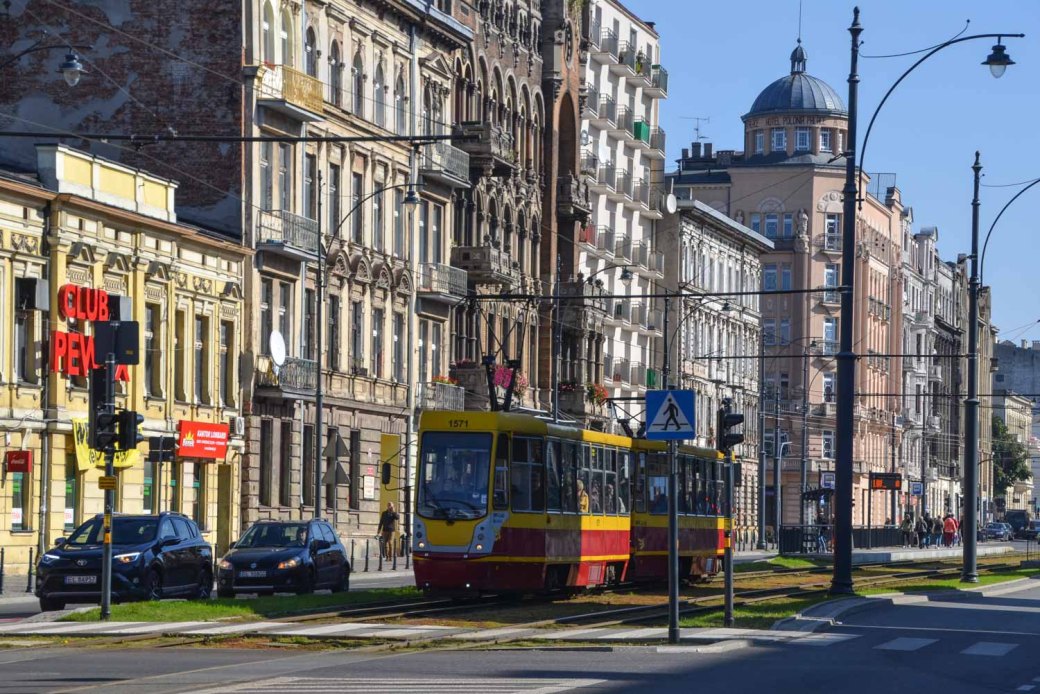 In the years 1910-1931 suburban tram lines connected many important places around the city, creating the largest such network in Poland, unchanged until the end of the 1980s. In the first half of the 1990s, some of them were closed down, but Łódź is still the only city in the country to have such a system of commuter trams.

Personally, I love trams – the narrowness, the on-and-off and the streetscape they create. I am glad they kept them – and developed them as well! 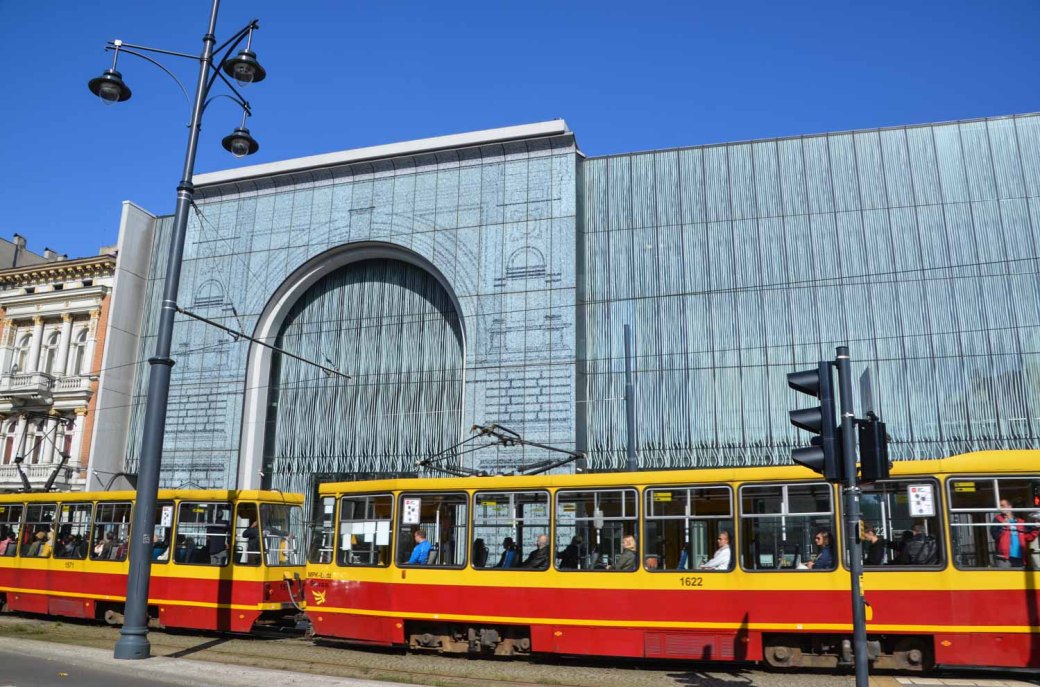 According to Wikipedia,  the Municipal Communication Company of Łódź (MPK), currently operates 16 urban and 4 regional (or suburban) lines. The longest of these, and in fact the longest of all of Poland, is number 46, which has a length of 38 kilometres.

Trivia: Łódź once boasted a small cemetery where tram drivers were buried. Sadly, nothing remains of this graveyard, which was situated on Lindley Street near the aptly named Tram Street (ul. Tramwajowa). 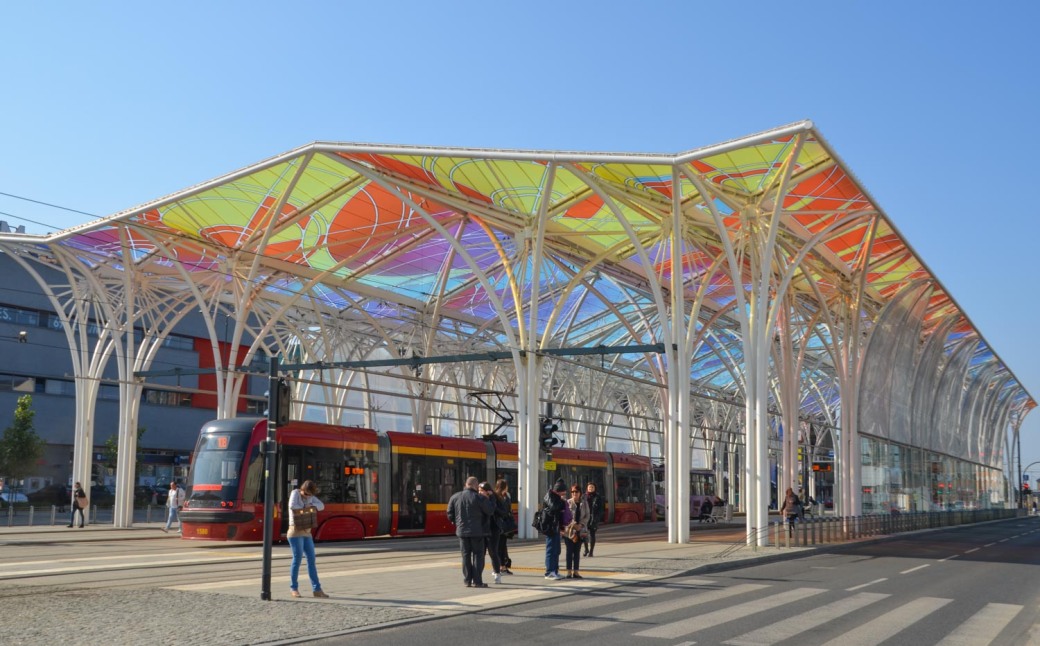 When looking for more facts about the beautiful rainbow station, I came across this interesting blog by Daniel Wright, a freelance transport writer. And he describes it so well:

Designed by Warsaw-based architecture practice Foroom, Piotrkowska Centrum is an unusually dramatic piece of tram architecture. If you like Santiago Calatrava’s work on railway stations, then you’ll like this. It has something of the same adventurous spirit and ostentatious engineering, but scaled down to the dimensions of Łódź’s narrow gauge (1,000mm) trams.

Wright claims the design of the station is drawing on the Art Nouveau details to be found on nearby buildings, but also the fact that it remains a practical piece of transport infrastructure. 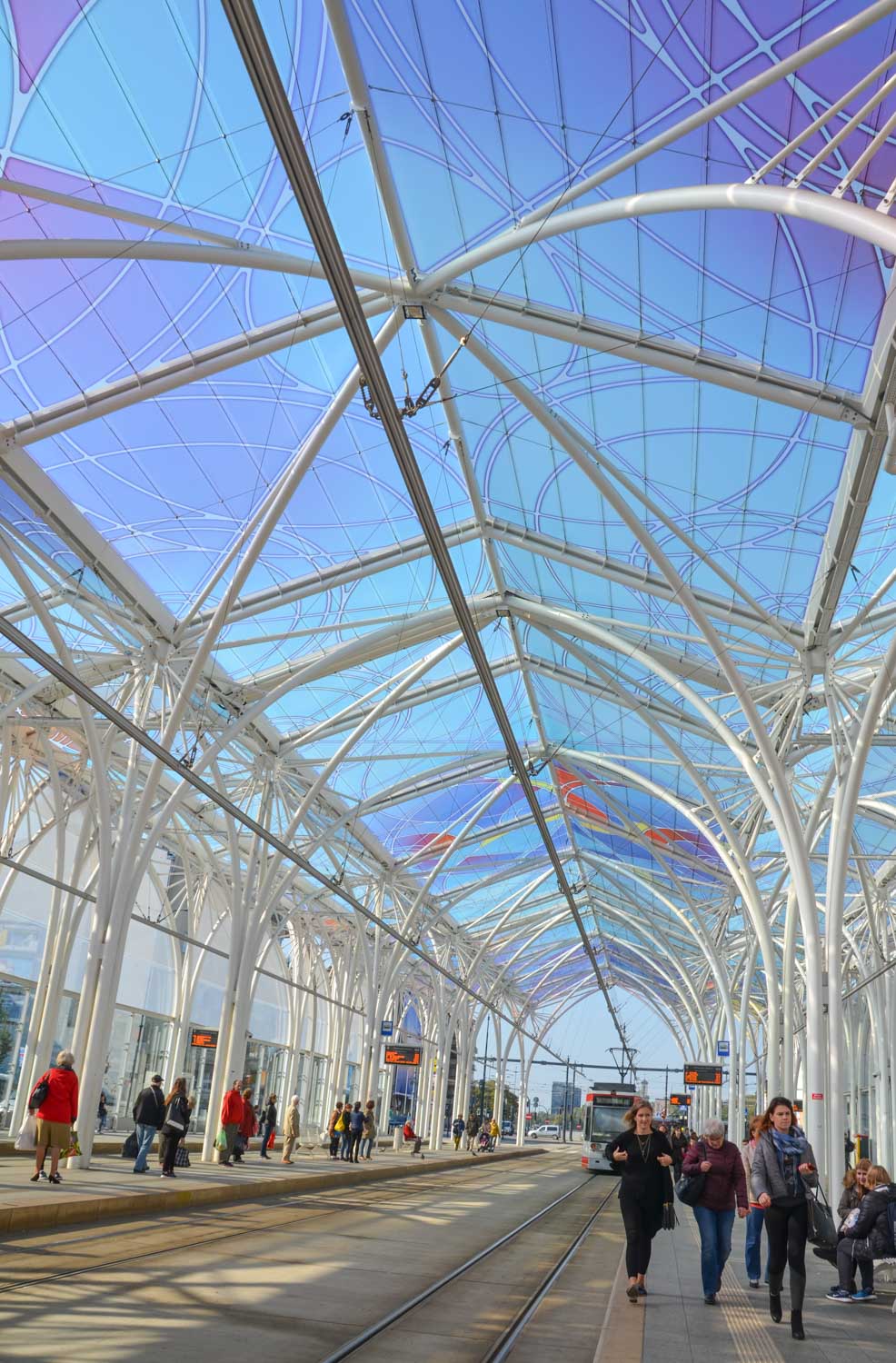 The original plan had been to use glass panels in the roof, but instead a translucent plastic fabric, ETFE, was used  –  the same as in the roof at Southern Cross station in Melbourne. It is very light, but also very strong across a wide range of temperatures, making it ideal for Poland’s harsh winters. 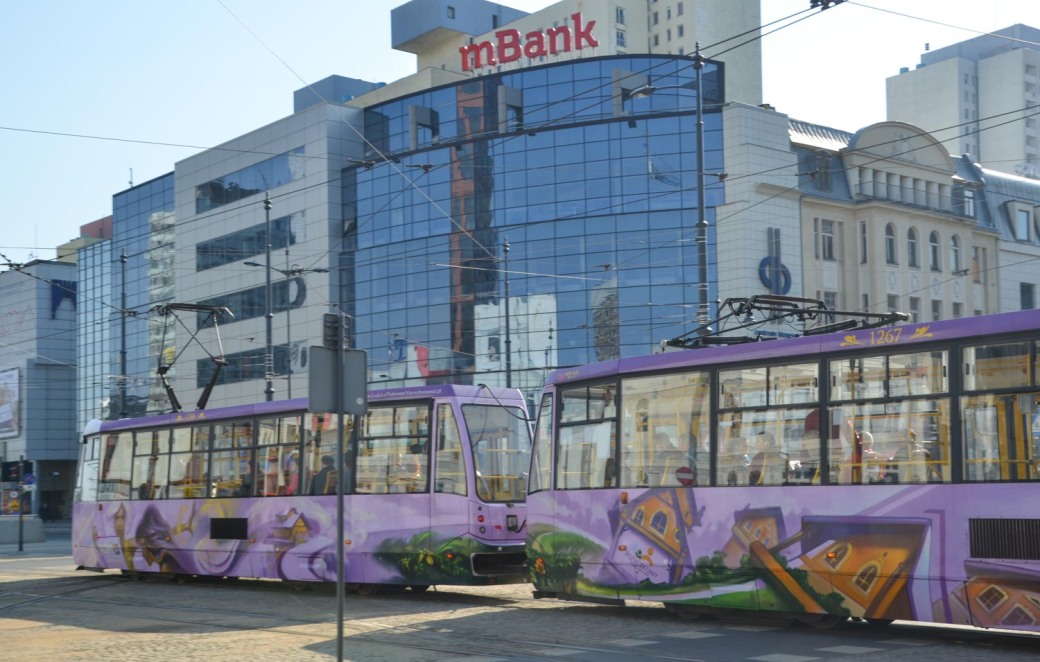 This tram station has its own special beauty and a very suitable nickname: “The Unicorn Stable”. When I was a child, unicorns were all-white. These days, for some reason, most unicorns are represented with rainbow tails, and possibly manes, and some even have wings. So if they ever needed stables, this ethereal white structure with multi-coloured ‘glass’ roof would, I admit, be just the thing. In fact…I think I just caught a glimpse of…