Heading for the Geysir area in the cold of the morning. There is not much traffic in Iceland, and they do not sand or salt their roads.

This is post number six on Iceland, and there is one or two more to come. If you have missed out on the other ones, here are the links. 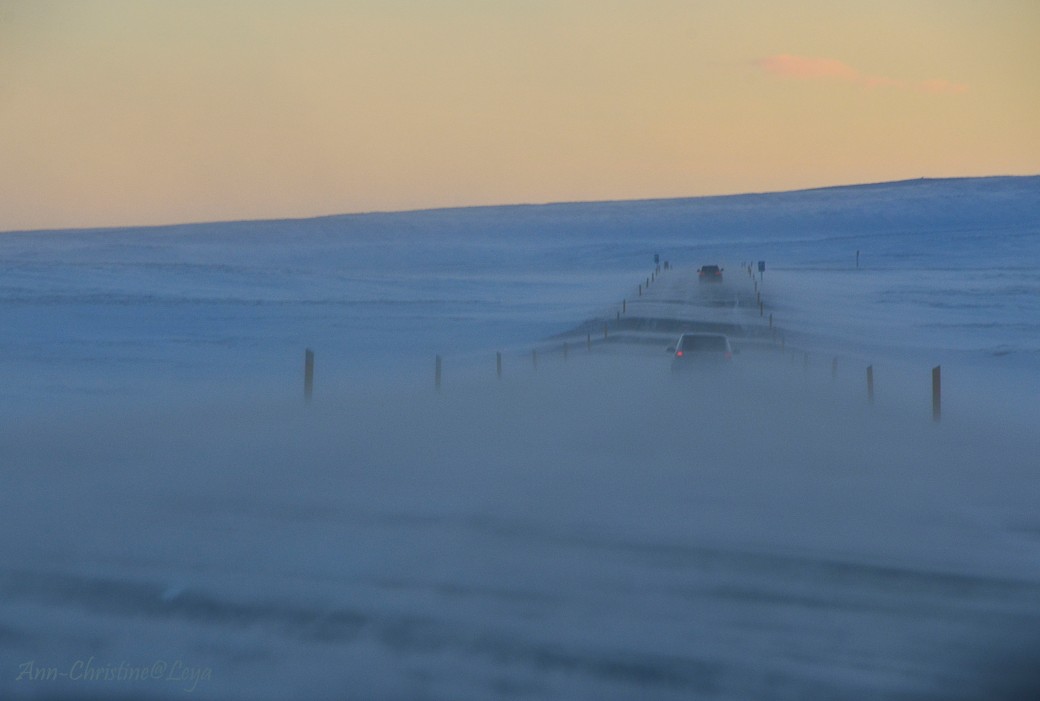 Open sky, and the coldest day so far…my hands were quite stiff from the start. Strong wind and we were told not to open more than one door at a time …

Slowly the sun opened up the landscape. – 12 degrees and no possibility to leave the car because of the icy road, the wind and the cold. 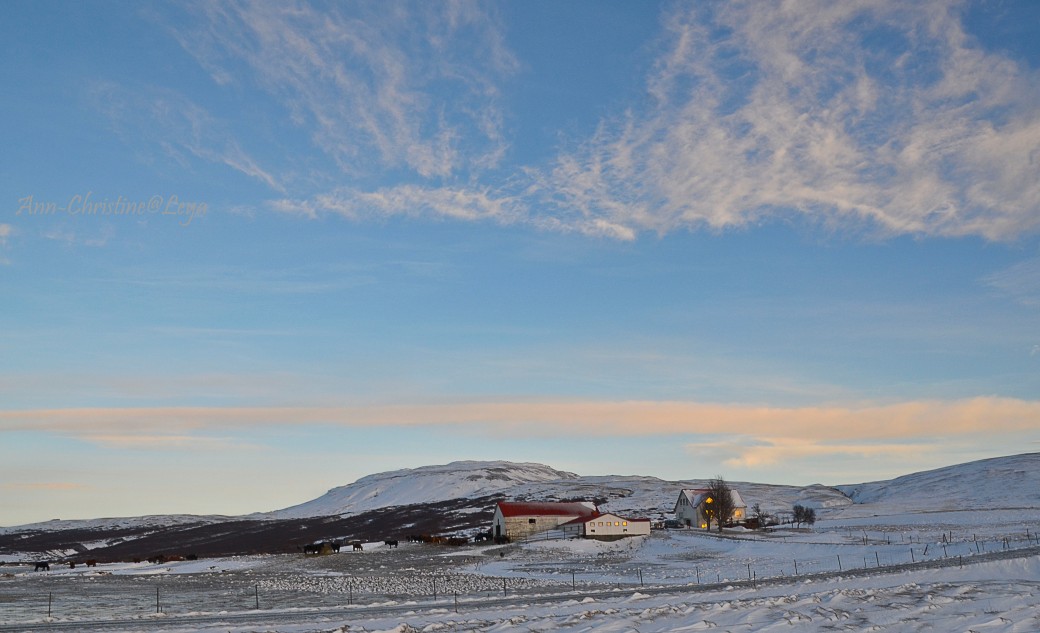 The small farmsteads all awake – the horses too.

All of them a bit far from the road – 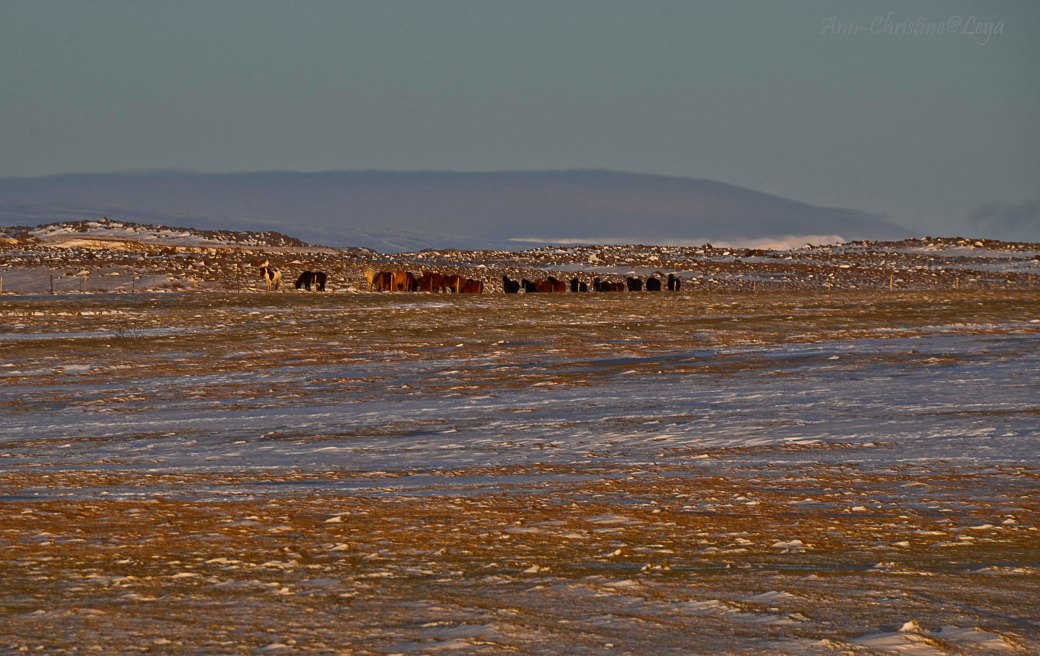 – but we waited patiently…

The Geysir area was not crowded with people today, so we gathered around Strokkur – that spouts every 8-10 minutes, 20-30 metres, sometimes with a double puff.

After warming up our hands and faces inside the restaurant, we talked about Geysir being the first Geysir in the world – and giving name to all existing Geysirs. He is no longer active, even if he came back to life for some months after the last volcano eruption.

Sadly enough it was impossible to walk up to Geysir this time – As you can see in the header, the ice made it nearly impossible without risking your life…

In the heated car, we headed for Gullfoss and the river Hvitá – White, in English.  Many glacier rivers are named Hvitá because of their colour. 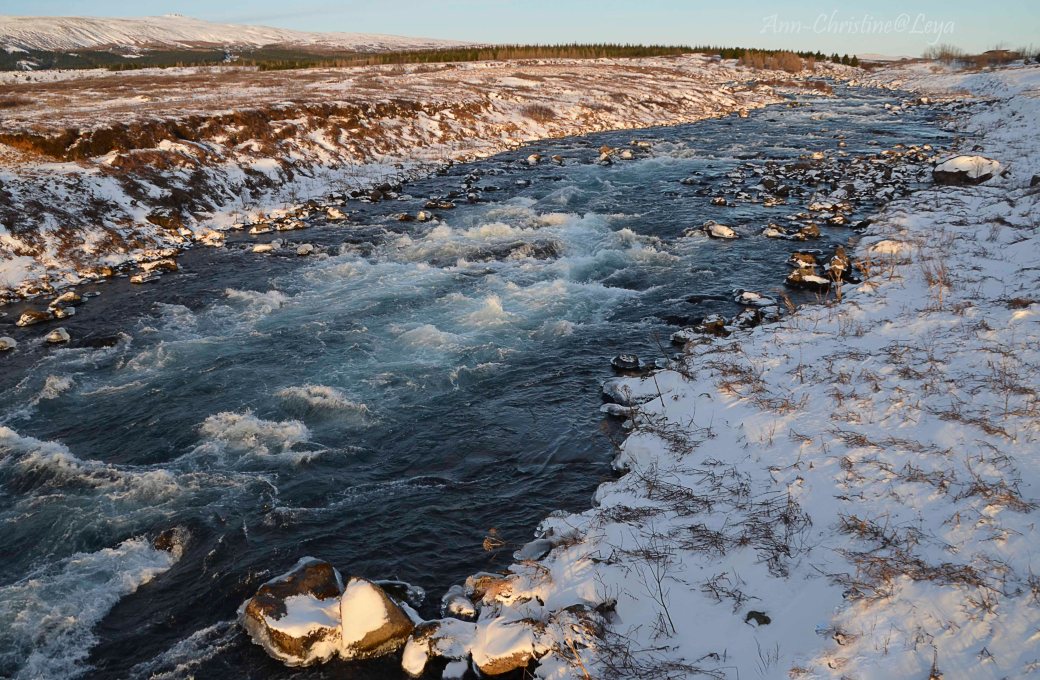 On the road we finally met Icelandic horses close-up. They were standing quite still with the tough wind coming from behind.

These horses came to Iceland with the Norse Vikings, in the 9th-10th century, and there has been no cross breeding for 1000 years. This means that there is no purer breed anywhere in the world. The Icelandic horses are small,  long-lived and hardy. In their native country they have few diseases. In fact, Icelandic law prevents horses from being imported into the country and exported animals are not allowed to return.

I think you agree with me that they are also extremely beautiful! 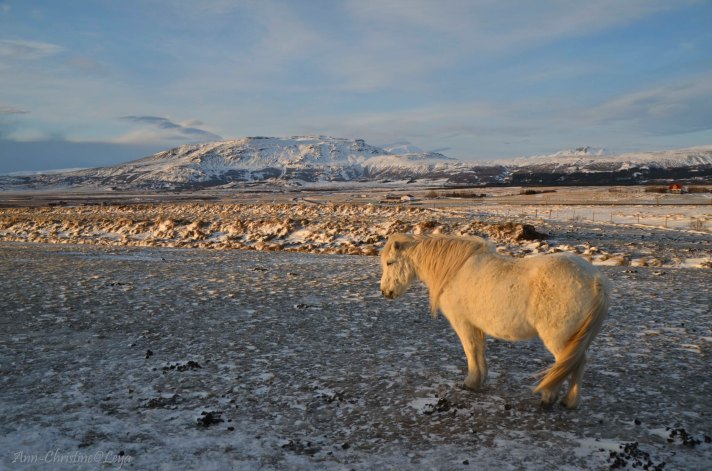 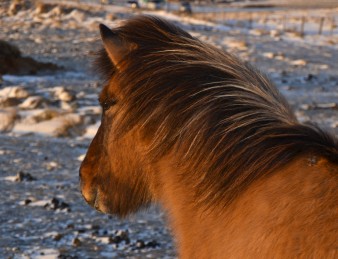